How times flies.  The Man Who Shot Thomas Edison, the third book in my West of the Warlock series, came out on August 1.  Those who want to purchase the Kindle version can now do so on Amazon.com, and you can also find the print version there as well.  To read the first 2 chapters, be sure to check out its listing slot at Martinus Publishing. 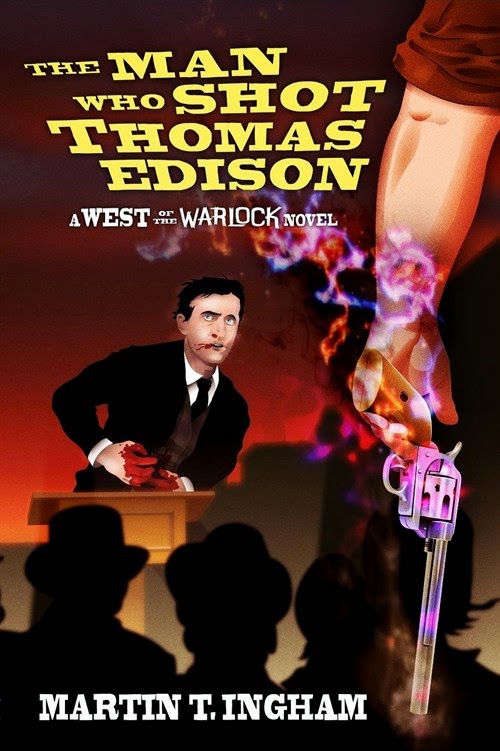 With this third installment now released, we now await the gamechanger: book #4!  I’ll have more to say about “Unforsaken” at a later date, but just as a teaser, I’ll let you know that it moves the timeline forward into the Roaring Twenties.  It brings back some familiar faces from the first 3 books (now in their golden years), along with some new and exciting characters to give us a multi-generational experience. All this, plus a special cameo appearance by J. Edgar Hoover!

The text for Unforsaken is now finished and ready for publication, and assuming there is any interest in The Man Who Shot Thomas Edison, I’ll release it sometime next year.  The haste with which the next book will be released will be contingent on how well this current one sells, so make sure to spread the word and get friends to buy it—assuming you want the next book to come out.

Well, have to go.  The 5th book in the series needs some plotting!
Posted by Martin T. Ingham at 10:22 AM