Altered America will be coming out at the end of March 2014, and the final formatting and proofreading has now begun.  In addition to 21 alternate history stories featured in this collection, it will be sporting an excellent cover by Yakir Ben Haim.  I showed it to you some time ago, but since that initial display there have been a few changes.  New cover lettering has augmented the artwork, providing for a much-improved look: 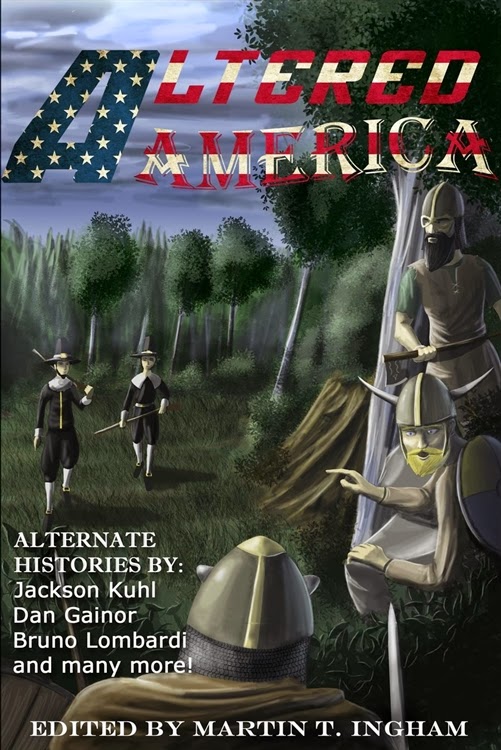 I’d like to thank Jackson Kuhl for his invaluable assistance with this lettering.  It was his brilliant concept to enhance the look of the cover, even before learning that his submission would be the first story featured in the collection.

The complete table of contents, with story placement, will be announced in early March.
Posted by Martin T. Ingham at 5:00 AM