As Martinus Publishing has some new contributing authors, I'll be conducting interviews to help promote their anthologies/works.  Today, I'm interviewing Ryan McCall, an excellent author who contributed the short story Guns of the Green Mountains to "Altered America."  Thank you for taking the time to be interviewed, Ryan. 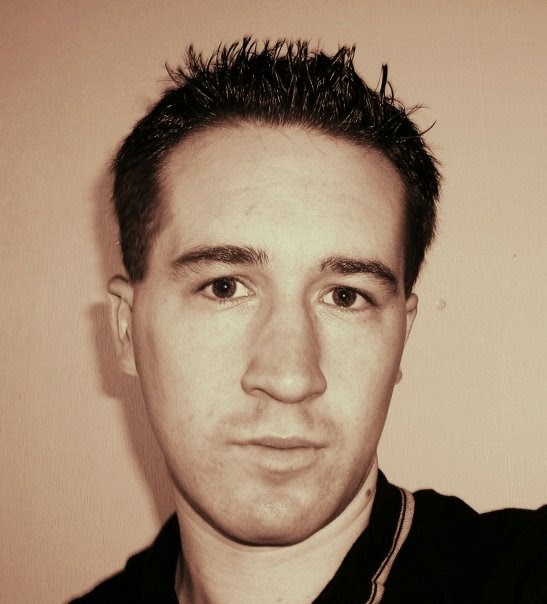 RYAN MCCALL: I come from a science background-studied chemistry at university. I’ve traveled around a bit for the last few years, Singapore, Vancouver, Melbourne, but I’m back in my homeland of New Zealand now.

MTI:  Now, getting down to business; what first compelled you to weave fiction, and what's your favorite type of story to write?

RM:  Way back in my school days I loved writing stories, mostly it was myself and my friends fighting monsters and exploring new worlds. As I moved through my education and into working life I dropped off on writing, but was still an avid reader. The first time I decided to actually sit down and write more seriously was with the combination of a non-fiction history book and a short scenario I had read online. That led to my first novel, The Nanking War.

MTI:  Tell me, if you had to pick just one author who has influenced or inspired you, who would it be?

RM:  Harry Turtledove. Without him I highly doubt I would even know of the alternate history genre and without my passion for that, I wouldn’t have made the decision to try and write professionally.

MTI:  Your story, Guns of the Green Mountains, appears in Altered America, an anthology of alternate histories.  The fictional accounts in this collection let us imagine what it would be like if something had happened differently at different points in history.  Tell us a little about how your story changes history.

RM:  It’s based on the Newburgh Conspiracy where, at the end of the Revolutionary War, soldiers were concerned about not being paid for their years of service. In our history George Washington prevented it, but in my story it went ahead. The USA dies in its infancy and the colonies don’t unite, creating several new nations, while the British take advantage of the chaos to reclaim some of their losses. As one of the smaller nations the Republic of Vermont ends up as a choice target for the British.

When you really study the Revolutionary War, you realize just how lucky the Continentals were to succeed in not only the war but in creating a stable USA in those early days.

MTI:  If you could go back in time and try to change any one historical event (aside from killing Hitler/stopping WWII—almost everybody tries that), which would you choose?

RM:  I think people take the Hitler choice because it would save the most lives if you go by pure numbers, but in terms of having a bigger effect I think I can trump it. I would stop the Germans in 1917 from letting Lenin on the “sealed train.” Sure it worked out for them in the short term, but had disastrous consequences for the rest of the twentieth century.

MTI:  Conversely, name a historical event that you would never want to see changed/would go back in time to stop somebody from changing it.

RM:  The Magna Carta. I see it as the first real step that we took towards the democratic systems most modern countries have in place today.

RM:  I’m re-writing and editing the first book in my fantasy series, Industry & Intrigue and I’m somewhere between one third and halfway through a new alternate history book set in current times, where Imperial Japan attacked the Soviet Union instead of Pearl Harbor and established a large empire in Asia.

MTI:  Other than your story appearing in Altered America, do you have any other works being published in the near future?

RM:  I just a had a short horror story-‘Curious Soldiers’ published in Dark Eclipse, a monthly e-magazine and I’ve submitted another story to Emby Press for a deep sea Leviathan-Monster Hunter anthology.

MTI:  On a lighter note, have you watched any good television lately?

RM:  A friend introduced me to two shows recently, Banshee—a small town drama with a criminal who takes on the identity of the new town sheriff and Utopia—a very weird and violent British series about conspiracies inside a graphic novel. David Fincher is supposedly creating the American adaptation. I’m also eagerly awaiting the next season of Game of Thrones.

MTI:  What sort of music do you enjoy?

RM:  I like a lot of R&B and dance music, but while I’m writing I also like to listen to soundtracks of my favorite movies, TV shows, and video games.

MTI:  What are three of your favorite movies?

RM:  Jurassic Park, as someone who grew up on dinosaur books it will always be one of my favorites. The Cabin in the Woods for being the most clever genre-twisting horror movie I know. The Mist—the sheer emotional brutality of the ending never fails to get me.

MTI:  You have the attention of potential readers?  In conclusion, do you happen to have any words of wisdom to share with them?

RM:  Always get another set of eyes to read your work; they can see things that you’ll feel stupid for missing

MTI:  Excellent advice for any writer.  Thank you for taking the time for this fine interview, Ryan.  Those who want to read his story and many other alternate history tales can pick up Altered America.